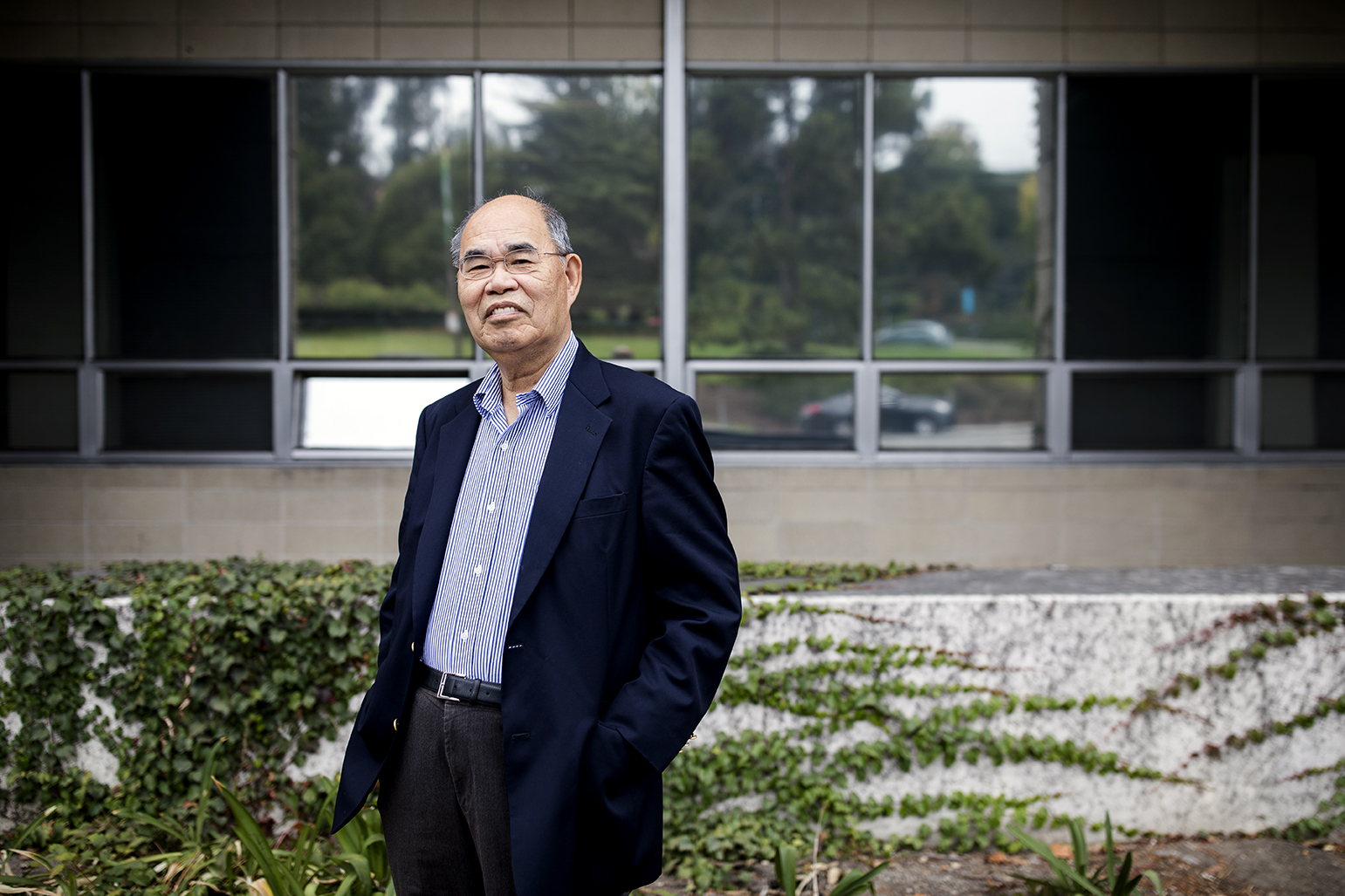 In 2014, Hu noticed a change in attitude among top- and mid-level officials in the Chinese government toward introducing a tax on a pack of cigarettes. For nearly 25 years prior, he had researched the economic and health effects of such a tax. He conducted surveys, plugged numbers into simulations, published his findings, wrote and edited—and then helped translate into Chinese—a book on the economic policy of tobacco taxation and why it should be done in China. He led bi-annual workshops near Beijing and spoke with policymakers and the press. He argued that introducing a tax on tobacco in China would be a necessary steps to saving millions of lives, cutting medical care costs, increasing government revenue, and creating a healthier environment overall.

For over two decades, nothing changed.

Then, after Hu’s 2014 October workshop, his research team in China received a request from the office of President Xi Jinping for a policy briefing on tobacco taxation. Hu had never received such a request and took it as a sign that change was about to be implemented. In May the following year, China introduced a tax on cigarettes.

“For them, to reduce cigarette consumption was a conflict of interest. The government focused more on money than on health.”

The tax is not enough, says Hu. But it’s progress all the same. An example that a combination of research and action — with plenty of time and perseverance — spurs progress.

Teh-Wei Hu, professor emeritus at the School of Public Health, has had a 30-year-long career as a faculty member at UC Berkeley—and an even longer career as an economist. In the 1960’s, he came to the United States from Taiwan to work at the World Bank. After a year crunching numbers for basic statistical analysis, he decided to pursue a PhD in econometrics at the University of Wisconsin.

His doctoral research focused on the economic system of the Wisconsin dairy industry. But it was his research model, not the dairy industry itself, that defined his dissertation. He refined the model of econometrics. “You have a lot of data,” Hu explains it, “and you find out how to make sense of it, to come to conclusions, findings. It’s a tool.”

He went on to teach econometrics at Pennsylvania State as a professor of economics. That was where his expertise first brought him into the field of public health. The Pennsylvania governor commissioned him to determine the cost-effectiveness of the state’s welfare system in regards to child health. “I looked at hospital costs, and the health of the children,” says Hu. “And I became interested in the health care sector.”

Throughout the 1970s and 80s, Hu would continue to apply econometrics to public health. He studied the economic system of mental health as an advisor to the National Institute of Mental Health. He published reports on the financial impacts of senile dementia in the United States, and he thoroughly studied the health and economic repercussions of the Three Mile Island disaster, a 1979 nuclear power plant accident that set off a chain reaction of health, real estate, and industrial changes. In the 1974-75 academic year, Hu served as a visiting professor at the Fogarty International Center at the National Institute of Health, or NIH,  in Washington, D.C. There, he befriended Richard Scheffler PhD, at that time a health economist at UNC Chapel Hill who would later join the UC Berkeley School of Public Health.

“We want to make a difference in the world, and save lives.”

Hu gives Scheffler credit for bringing him to Berkeley. He never thought he would become a professor in a public health school. For over two decades he worked in an economics department. “He convinced me to come here,” says Hu with a laugh. “This is a great place. Good weather, good Chinese food. And closer to China.”

In 1989, the state of California put a 25-cent tax on a pack of cigarettes. The electorate voted and passed Proposition 99, the Tobacco Tax and Health Protection Act, which instituted the tax and allocated the resulting revenue to smoking-related education and prevention. Fifteen years later, Prop. 99 had cut medical care costs in California by an estimated $86 million.

Hu’s new employment at UC Berkeley put him in direct contact with policymakers in California. He advised the state on Prop. 99. To an economist like Hu, tobacco taxation was a matter of figuring out the price elasticity of demand, i.e. how much tax would need to be raised to reduce consumption. California showed that cigarettes are a particularly inelastic good: raising a tax results in decreased consumption, which equates to fewer incidence of cancer and other ill effects from smoking and second-hand smoke, cut costs to medical care, and another source of revenue for the government to allocate to remaining medical costs and other services.

With funding from NIH, Hu brought his research on tobacco taxation to China, where he had previously advised the government on health care reform. “We can learn something from California,” Hu told staffers at the Chinese Ministry of Health. “This is a win-win-win situation. A triple win.”

But there are barriers to tobacco taxation in China that don’t exist in California. Namely, China is the largest consumer and producer of cigarettes worldwide. There are 350 million smokers in China — nearly a fourth of the country’s population. One study concluded that nearly half of the male physicians at a teaching hospital in Shandong province were regular smokers. When Hu first approached Chinese policymakers about introducing a tobacco tax, he was met with hesitation, or downright rejection. Three-hundred-and-fifty million smokers represented that many voters, after all. What’s more, the Chinese National Tobacco Corporation enjoys a monopoly in China, and it’s owned by the Chinese government itself. The Chinese government would be putting a tax on its own product. “For them, to reduce cigarette consumption was a conflict of interest,” says Hu. “The government focused more on money than on health.”

Of course, this interplay between health and economics occurs everywhere, says Hu. Even within the United States, we can see how health measures are still weighed against economic development from state to state. Today, the tax on a pack of cigarettes in California is $2.87. In North Carolina, Virginia, and Kentucky—the leading tobacco producers in the U.S.—the tax per pack is 0.45, 0.30, and 1.10 respectively. A quarter of Kentucky’s population smokes. California as a state has the lowest incidence of smoking, behind only Utah. “The money talks, right?” he says.

In 2015, when China finally introduced a tax on tobacco, Hu felt that his 25 years of work in China had begun to pay off. But the work was far from over. Cigarettes are more affordable now than before, Hu argues, relative to an increase in China’s average income. The new tax was a step in the right direction, but not enough. There were still questions to ask: how to raise the tax further, what to do with the resulting revenue, how the tax affected both health and industry, and so on. “After they raised the tax,” says Hu, “I thought, ‘I need to write and edit another book.’” A year later, he published his second book on tobacco policy in China.

Hu retired from teaching in 2004 but he continues to work with former students, even those from his days at Penn State, who have brought his econometrics model to other countries where the health of the population is adversely affected by the business of producing and selling cigarettes. In this way, Hu has extended his research to Indonesia—which the World Health Organization ranks third in the world for total number of smokers—and Tanzania, where the focus shifts away from the consumer of cigarettes to the poor working conditions of tobacco farmers.

“We want to make a difference in the world,” he says, “and save lives.”

Hu lists the foundational elements for any researchers aiming for long-term policy change. “You have to identify a very important topic, where you can make a difference,” he says. “You have to do research, collect data. You have to show that your findings are credible, with quantitative information. And you have to be persistent.”

To Think Like a Mosquito
A Will and a Way
Thank You To Our Sponsors: